Learn how Glen Kearney Transport ensures everyone is on the same page, at all times, and eliminated the risk of lost or forgotten jobs.

For over 25 years, family owned and operated Glen Kearney Transport has been carting grain and hay throughout NSW and Victoria. Based in the small town of Barooga in the southern Riverina region of NSW, Glen and his wife Pauline run a tight knit family operation. Pauline explains that as well as both driving themselves, their son drives for the business, and they work alongside their other two sons, who are also in the transport industry – Kearney Logistics. Pauline’s two brothers also drive for Glen Kearney Transport, and her sister recently joined the team part-time in the office too. “We do have two drivers who aren’t family, but we like to make them feel like they are!” Three years ago, the Kearneys purchased another business and now do general freight with tautliners too. In total they have a fleet of six trucks on the road. “Glen and I both drive, and we do a lot of two up together where we go in the same truck and share the driving on longer trips with the road trains.” Pauline also takes care of much of the office and admin work, though her sister has come on board in the office in the last 12 months. 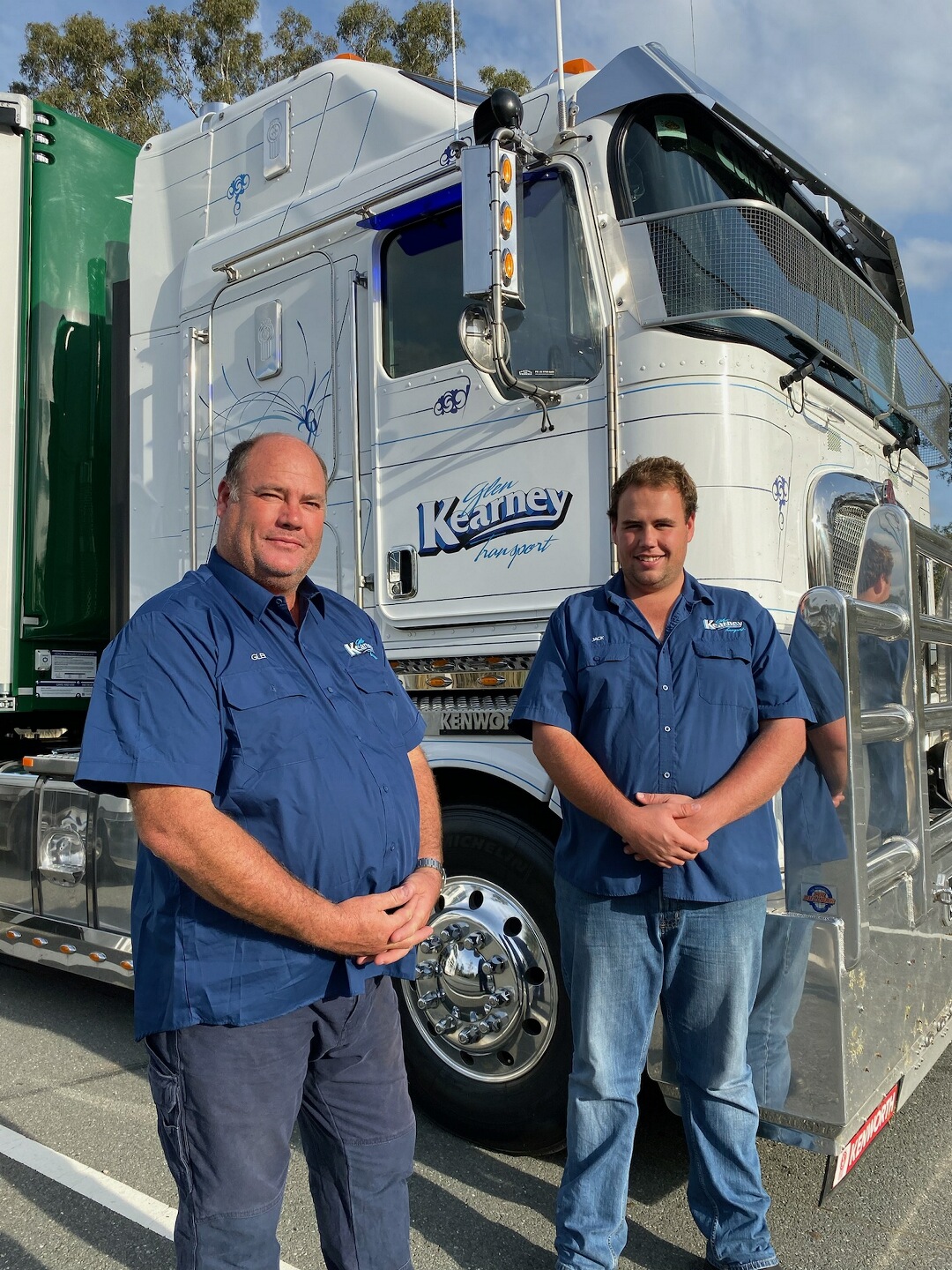 “Same as everybody, paper diary. That wasn’t always ideal, especially if we were away from the office, then it was ‘who’s got the diary?’ We weren’t all on the same page.”

It was when the Kearneys sat at a table with MyTrucking founders, Sam and Sara Orsborn, at a conference that they first heard about MyTrucking. Although Pauline could see the value in the software, she initially thought they were too small to gain the full benefit. “We got talking to Sam and Sara and during the break we went to their stand and had a look at the programme. I was already on Xero, so that was a bonus. At that time, we only had two trucks and I wasn’t 100% sure. I loved the programme though, and could see that if we were doing more loads and had more employees, it would be worth looking at.” While impressed by the software, they didn’t act for about six months. The catalyst for change was when a casual driver found some missing paperwork under the seat of a truck. “We have a spare truck, we call it the yard truck, he jumped in that truck and dropped something on the floor. As he leaned down to get it, he saw some paperwork – someone had done a load and dropped the paperwork under the seat. I hadn’t followed it up so it was missed, it was never going to be invoiced out. That’s when we thought it was time to do something.” They moved to MyTrucking about five years ago and now, as loads come in, they are entered into the system immediately. “Everyone can log in, everyone is on the same page, and no loads get missed now. That’s why I love it so much.”

“Really easy, and they are very accommodating. When an invoice is created you can customise it, and there was one thing I wanted that wasn’t available. They looked into it and added it for us, easy, so I was able to have the invoice come out exactly as I wanted it.”

“Definitely time-wise with the elimination of double entry, and also making sure all loads are covered.”

“Definitely the fact that anyone associated with scheduling can have access to the same file, so everyone is on the same page. “I like that while there isn’t quoting as such, I can enter a customer name, destination, origin and a price. Even if we don’t end up doing that job then, I can always go back and see what price I had quoted, I love that part. A lot of our work is quite ad hoc and, especially now with the price of fuel, I can look and see that 12 months ago we did it for this price, and compare. “The Xero integration is perfect; it saves a lot of double entry.” Pauline also loves the ability to enter a load without a date. “Often, we get people say they want a load of hay, but not for six weeks, for example. If someone doesn’t want the job done straight away, I can still enter it without a date and it sits at the bottom of the day page. That way it doesn’t get forgotten about, and we can see what’s coming up.”